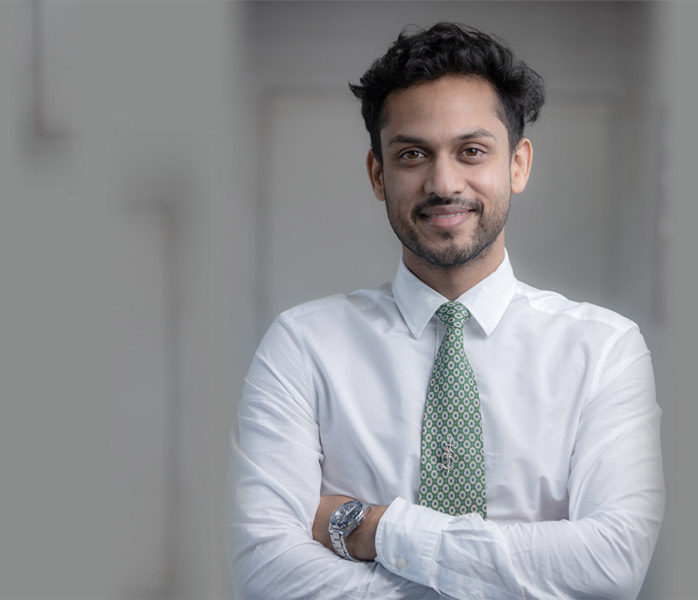 Mr. Mohit Goel is the CEO of one of India’s leading real estate firms – Omaxe Ltd. This second generation entrepreneur leveraged his sharp business acumen to bring about structural changes in Omaxe to essentially turn around the company at a time when the real estate sector had no traction and a tepid demand. Mohit is detail oriented and a stickler for punctuality.

After joining Omaxe as an executive, Mohit worked his way through the ranks. He gained relevant grass root experience in various aspects of the real estate business that attributes to his effective leadership abilities that enabled him to make decisions that were instrumental in driving Omaxe’s present-day success. His modern-day rationale and penchant for fresh and innovative ideas has led to several conceptual and customer-centric ideas being executed by the company. Focused on creating a niche and a differentiation strategy for Omaxe, Mohit has set arduous benchmarks for himself and the team. The industrious business-man likes to delegate authority to his subordinates, but also tightens the reigns when required, by insisting on fortnightly meetings along with regular management reporting.

Being appointed as the North Zone Head of Youth CREDAI – an illustrious body of real estate developers, Mohit Goel has been credited with galvanizing the institution to make new reforms and holds regular meetings, discussions and events to stimulate industry leaders and influencers. Mr. Mohit Goel has also won several awards and recognitions, including Young Achiever’s Award by ABP’s Real Estate Awards in 2014 and the Young Male Entrepreneur of the Year Award by Infra & Realty Sutra Award, 2014.

With a focus on tier II and tier III cities in mid-income and affordable housing, Mohit has streamlined Omaxe’s strategic focus, not to mention strategic acquisitions of a value accretive land base that has helped reduce the company’s debt and overhaul its capital structure to improve Omaxe’s returns.